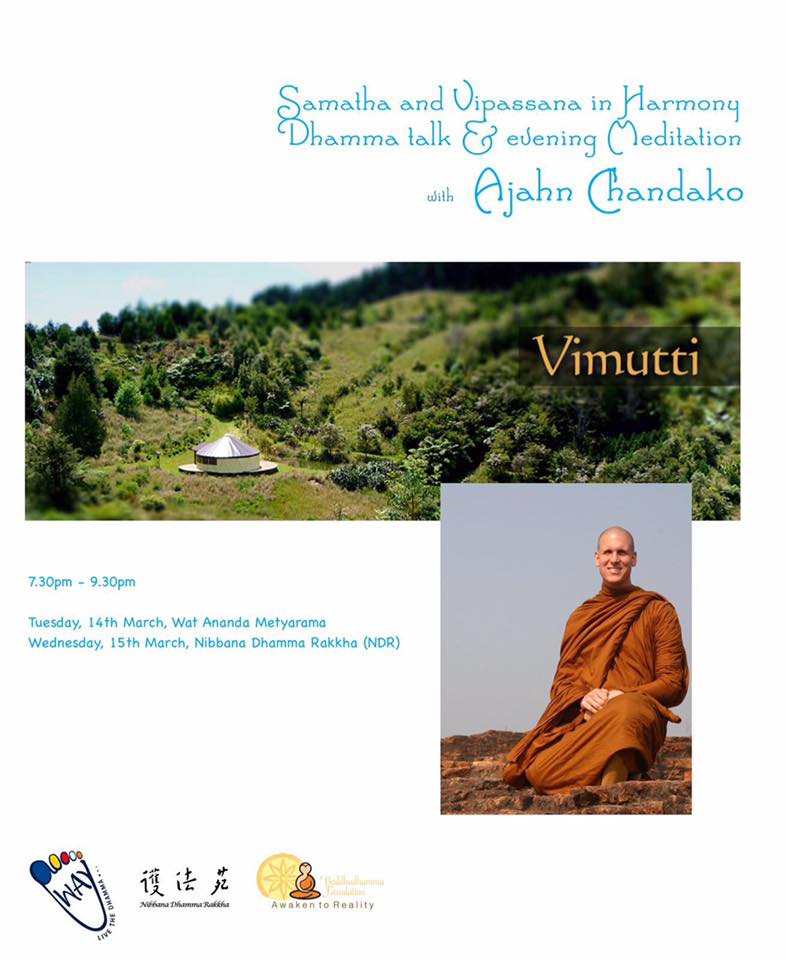 About Ajahn Chandako:
Ajahn was ordained as a Buddhist monk in 1990 in the lineage of Venerable Ajahn Chah of the Thai Forest Tradition. Born in 1962 in Minneapolis, Minnesota, U.S.A., his interest in the teachings of the Buddha grew as he studied towards a BA degree in Religious Studies from Carleton College (1984). Following graduation, he began applying himself to training in meditation and subsequently went to Asia to find a monastery suitable for fully devoting himself to the Dhamma.
After practicing intensive meditation in various monasteries in Thailand and traveling extensively in Tibet, Nepal and India, he eventually settled at Wat Pah Nanachat, The International Forest Monastery, in the North-east of Thailand. Ajahn Chah established this branch monastery specifically for his English-speaking disciples. For the first five years after his full ordination as a bhikkhu, Ajahn Chandako was based at Wat Pah Nanachat.
He then began wandering, seeking out forest meditaion masters and studying with them. Along the way he translated into English many of the teachings he received in Thai (see Teachings). Included in his translations is Ajahn Chah’s Unshakeable Peace. Ajahn Chandako is also the author of A Honed and Heavy Axe.